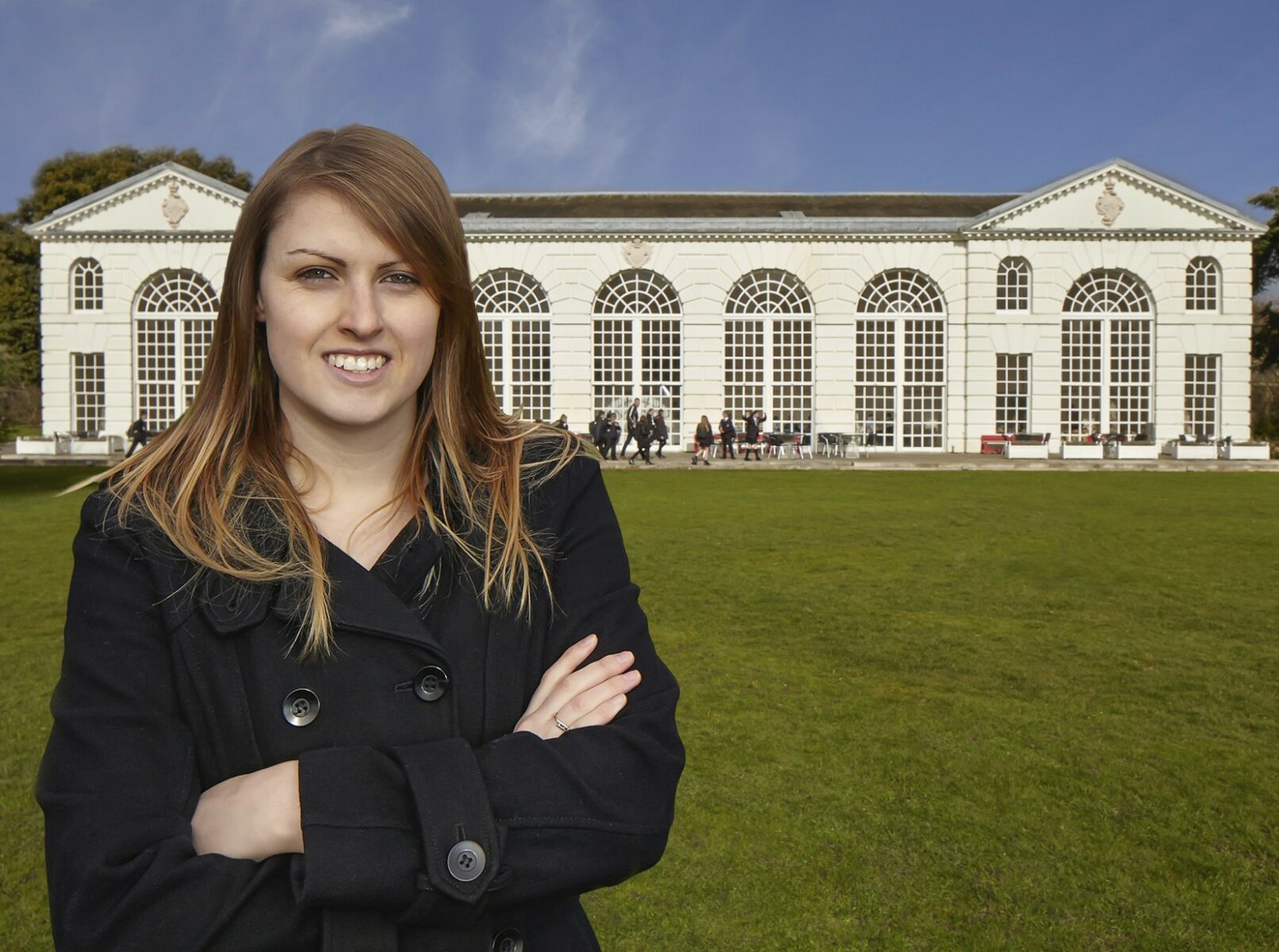 The Royal Botanic Gardens, Kew is a world famous scientific organisation, internationally respected for its outstanding living collection of plants and world-class Herbarium as well as its scientific expertise in plant diversity, conservation and sustainable development in the UK and around the world.
Kew is a major international visitor attraction. Its landscaped 132 hectares and RBG Kew’s country estate, Wakehurst Place, attract over 1.5m visits every year. Kew was made a UNESCO World Heritage Site in July 2003 and celebrated its 250th anniversary in 2009.

RBG Kew’s events team has been established for over 10 years and has grown to 9 people over two locations, Kew Gardens just 10 miles west of central London by the banks of the River Thames and Wakehurst Place, a magnificent Elizabethan Mansion set in 465 acres of country estate midway between London and Brighton. Early growth of RBG Kew as a popular venue for weddings, private parties, gala dinners, conferences and other corporate events led to the adoption of Events Perfect in 2004, which was a substantial improvement over the original manual paper-based system.

The launch of Priava Cloud was a timely answer to the demand for Kew’s seven venues across the two locations, with an eighth coming on stream in Spring 2014. RBG Kew is positioned as one of the top venues in the UK and the very high levels of customer service and attention to detail offered by the events team are essential ingredients of Kew’s venue and event management proposition. Although Events Perfect did its job well, Kew’s events team recognised the potential value of increased levels of flexibility and ease of use afforded by Priava Cloud.

“The system is very good for reporting and monitoring financials. I have to report regularly to the board to show how we are tracking financially.”

The Kew events team signed up to Priava Cloud many months before the planned transition from the on-premise system in November 2013, primarily to avoid the busy season for events between April and September. The winter season is an extremely busy time for sales especially for the booking of weddings particularly from Christmas to Valentine’s Day and beyond.

The team at Kew were particularly keen on the ability to access Priava Cloud from almost any location with access to the Internet from PCs at both locations and, indeed, from laptops out and about and from home. Rachael Proudlock, Event Sales Coordinator at RBG, Kew commented, “this provides us with greater flexibility for all members of our team and, ultimately, a more responsive service to our clients.” The team look forward to even greater flexibility using other types of mobile devices in the future.

The events team manages around 400 separate events per year with the summer months hitting over 40 events, each with up to 230 guests dependent on the type of event and venue. With the goal of ensuring the highest quality of services available to their clients, the Kew team manage almost 30 approved suppliers from catering to lighting & sound production services to AV to music & entertainment to floristry and photography. Details of all current suppliers are maintained within the Priava Cloud system and records are kept of chosen suppliers by event with custom reports produced to ensure all involved with an event are fully informed and prepared.

Long term support is extremely important to the events team and Priava’s commitment to its cloud-based system and its approach to continual improvement of features and functions proved a key consideration in Kew’s decision to move to Priava Cloud. For the team, a particularly beneficial aspect of Priava Cloud over the previous on-premise system is that upgrades to the system become transparent as far as everyday business is concerned. Rachael comments “Previously we had to wait for upgrades until the in-house IT team could fit us within their schedule to upgrade software or server hardware. Now software changes happen instantaneously as far as we are concerned and we are completely unaware of the hardware now.” Nevertheless, RBG, Kew’s IT team did work closely with Priava prior to going live with the cloud-based system to ensure on-going reliability and security. According to Rachael, “our in-house IT team are very happy with Priava and quite intrigued as to its use of advanced cloud-based technology”. Only maintenance of the event team’s Internet browsers is an on-going responsibility of the IT team and availability of access to the Internet. On the very few occasions where there has been interruption to the Internet access service, the inherent flexibility of Priava is such that, if necessary, the team can always work from alternate locations thereby strictly limiting the effect of any communications outage on Kew’s events business and its clients. “Hot desking facilities within the Gardens can help us too”, says Rachael.

Internet availability aside, the reliability of Priava Cloud has been perfect from the Kew team’s experience. “Availability has been great so far” says Rachael.

Transition from Events Perfect to Priava Cloud was planned to take place over a one week period including the time to prepare the original database for upload into the new system. This went smoothly and Kew’s team were up and running without any real hitch. Priava’s UK people were on hand to provide support every step of the way. “They were very helpful” says Rachael, “It always takes a little time to get up to speed with a new system and to understand precisely how it works,but the transition was pretty simple from our point of view.”

“Training was very straightforward” according to Rachael. Priava undertook two days of training in total split by job function – sales, operations and finance, and most staff required just one day of training. Rachael says “The system really is easy to use and intuitive. A new starter earlier this year was up and running in no time.”

Features of the new system that have been particularly useful for Kew’s events team include block booking of regular clients over the year. The team use this feature to save significant time and effort entering repeat events into the diary. Team members can then modify individual bookings for special requirements as necessary, producing detailed reports for clients and internal use, quickly and easily.

Additionally, the advanced reporting facility within Priava Cloud has been somewhat of a revelation for Rachael and her team. “The reports function has been a really nice surprise for us and is far more flexible than we were expecting”, admits Rachael. “We can now design, create and change tailor made reports with just occasional help from Priava.” Rachael adds that “Monthly financial reports are now tailored to provide information in the way best suited to our central finance department and itemised by date, venue, event, etc.”

Multi-tasking: saving time for the team and its clients

Kew’s events team have also found the multi- tasking feature of Priava Cloud extremely useful. Rachael explains that “We are on the phone a lot of the time and multiple tabs across the top of the screen save us a lot of time jumping in and out of different parts of the system to take calls and make bookings, etc. It is also quicker for our clients too. In our previous single task system we had to close down what we were doing every time we took a booking.”

The fact that the events team can store every piece of information associated with a client in one place is a powerful facility for them. As Rachael puts it “We can dip in and out at any time. We put everything in the system so that all correspondence including emails, summaries of telephone calls, suppliers’ details, reports, etc. relevant to a client are all linked together. This instils confidence in our clients so that, when they call in, regardless of who they speak to, all their history with us is immediately available so that they don’t have to repeat everything all the time.”

The benefits that Royal Botanic Gardens, Kew has achieved through the use of Priava cloud so far include:

• Faster and easier to use;
• More flexible reporting;
• Reduced time spent on training;
• Higher productivity due to multi-tasking;
• ‘New starters’ can get up to speed quicker;
• ‘Block-Booking’ feature saves time;
• Better service for clients;
• Centralised solution means that information is accessible and up-to-date;
• High reliability and up-time;
• Location –independent – can take advantage of ‘hot-desking’.

“We are very pleased with the new system. It is faster and easier to use and we are already benefiting from its enhanced flexibility. Priava have been very supportive and are always happy to help.”

The events team at Kew will likely consider the CRM features later in the year once the busy summer season is over especially since RBG, Kew is going to be looking at CRM across its entire operation.
Download a PDF of this case study 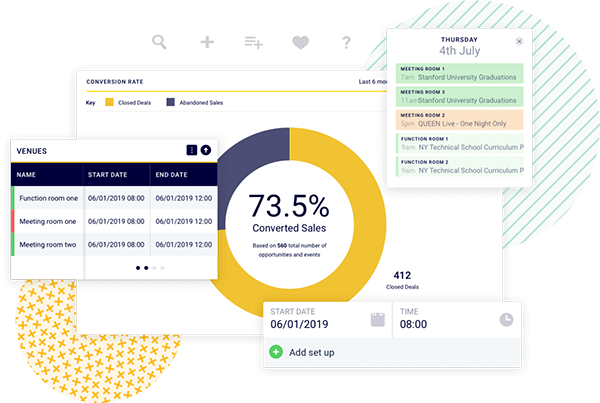